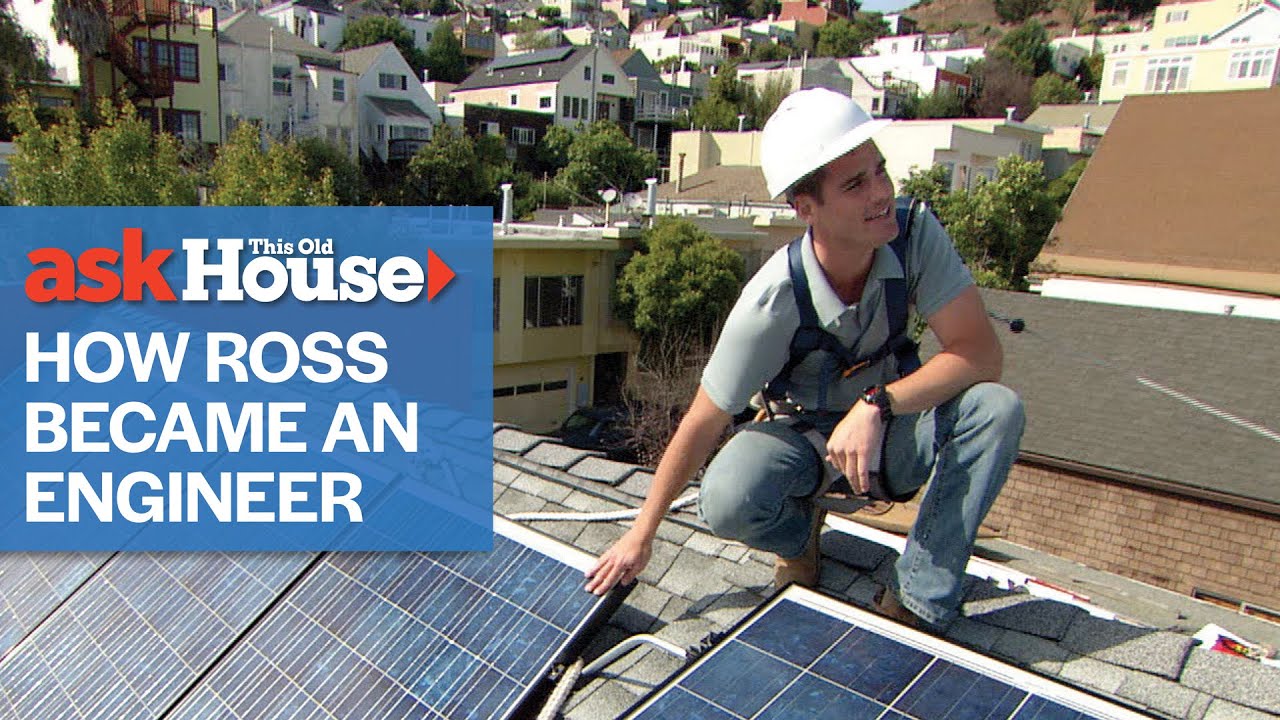 Home technology expert Ross Trethewey tells us about how he became an engineer. While growing up under the wings of his grandfather and father, Ross learned what the plumbing trade entailed. But, he was always more interested in the future of plumbing and heating, leading him to a degree in mechanical engineering and a role on the This Old House team.

Ross Trethewey has This Old House in his blood. His grandfather first appeared on the show in 1979 before his father, Richard Trethewey, began to make regular appearances shortly after. Ross remembers visiting his father on those job sites, and as he got a bit older, he wanted to learn the trade.

Growing up in a house of plumbers, Ross says that they were taught certain techniques and values at an early age. He learned lessons like the value of hard work as well as how to solder a pipe. While Ross was more interested in the future of plumbing and the direction it was heading, he credits that foundation for helping him on his career path as a mechanical engineer.

As a mechanical engineer, Ross enjoys tackling the challenges the field faces every day. He appreciates that every project presents a different challenge, and these challenges require them to think outside of the box to solve them.

Ross is most proud of the fact that he adds a different element to the show and is starting to take it in a new direction. He believes the technology aspect of home building and remodeling is one that’s constantly evolving and becoming a part of our everyday lives. He’s particularly passionate about Future House, where he can showcase technologies that are still in their infancy and bring them to the Ask This Old House audience.

As a father himself, Ross looks forward to the day when he can give his sons a taste of the type of childhood he had growing up. He looks forward to opening their eyes to the trade and its future, as well as instilling the same values and skills that Ross’s father handed down to him. His hope is that they’ll take that foundation and run with it, just as he did years ago.

Looking for more step by step guidance on how to complete projects around the house? Join This Old House Insider to stream over 1,000 episodes commercial-free: https://bit.ly/2GPiYbH

Plus, download our FREE app for full-episode streaming to your connected TV, phone or tablet: https://www.thisoldhouse.com/pages/streaming-app

How Ross Became an Engineer | Ask This Old House
https://www.youtube.com/user/thisoldhouse/