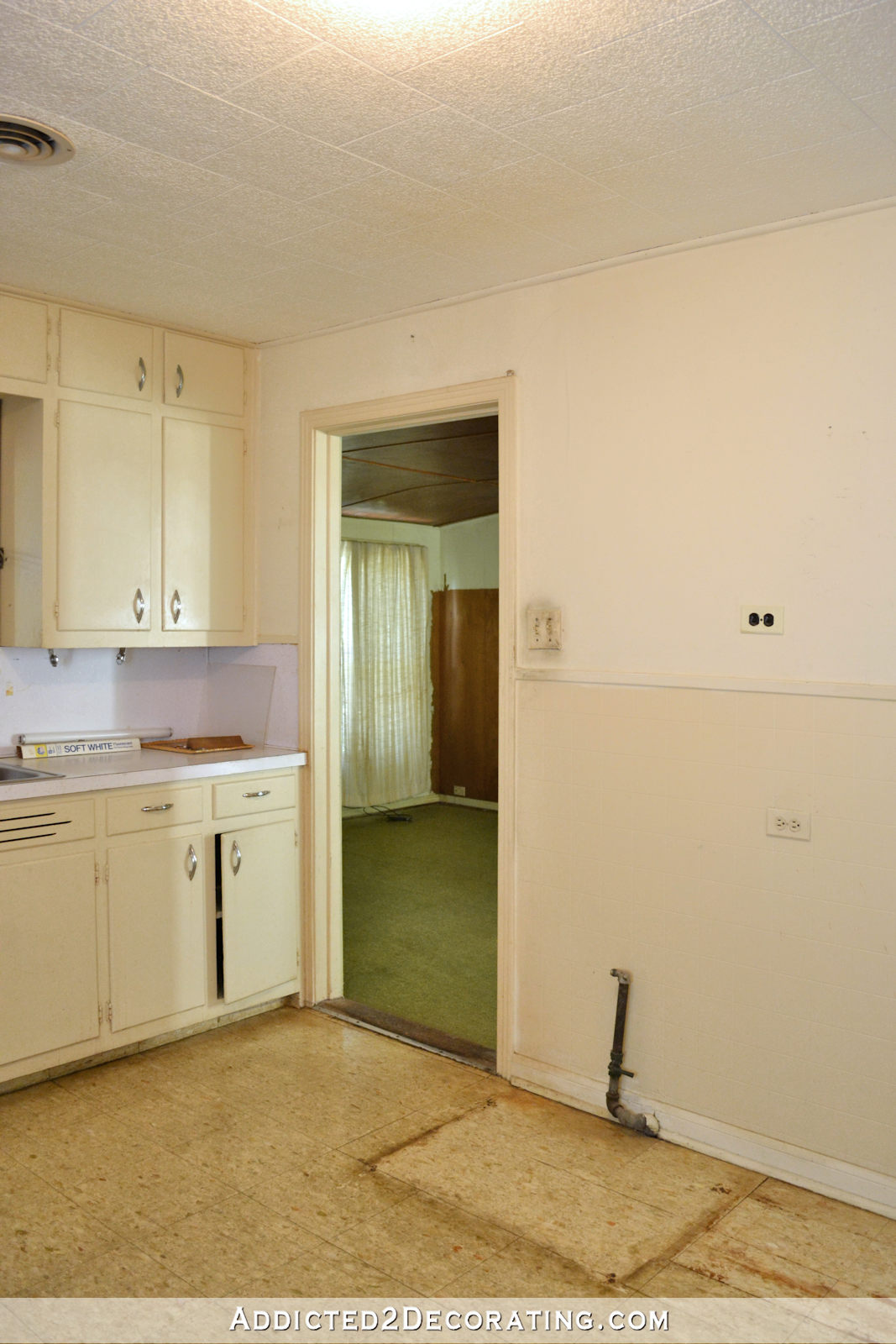 This is a question particularly for those of you who are building new homes or remodeling your home. Do the projects seem to be never-ending? Does it seem like you’ll never get to the end? Every time you have to write a check to your contractor or make another large purchase, do you think, “Is this really worth it?”

I have to admit that I’m kind of at that point with our house. It’s a cycle that comes and goes. I’ve had these thoughts at other times in the 8.5 years that we’ve been in this house, and I got past it. And I’ll have them again at some point in the future, and I’ll get past them again.

But I’m definitely in that slump right now, and I think it might have something to do with our wheelchair van purchase and the fact that Matt is getting out and actually living life outside of our house now — something I honestly never thought I’d see happen.

Obviously, when we bought this house, I knew it would cost quite a bit of money to fix it up and make it look like I wanted it to look. You can’t buy a house that looks like this on the outside…

…and not expect to spend a small fortune updating the house.

And we’ve definitely done that. We bought the house for $80,000, and we’ve put at least twice that much into it so far. Probably more. I don’t really know because, to be quite honest, I don’t keep up with it.

When we bought the house, I knew that this was the last house we’d ever buy, so I never really worried about “over-improving” the house, or worrying about how much we’d recoup on resale. I’ve never made any improvements or done any of my projects with resale in mind. I just knew that I had a vision, and I’d make it what I wanted. I’d do all of the work myself that I could possibly do, which would save a ton of money, and I’d splurge where I wanted to. And in the end, we’d have a house that we love.

And I’ve been perfectly fine with that strategy because Matt and I don’t spend a lot of money on other things. Having a husband who has been housebound for 13 years, not even leaving the house to go to a restaurant or the grocery store, means that we haven’t had a vacation in 13 years. Actually, it’s probably been more like 16 or 17 years since we went on a vacation. We haven’t been spending money on going to movies (which is so expensive now!!) or eating out at nice restaurants or going to concerts or anything else. We don’t spend money on hobbies, or entertainment, or sports outside of the house. There’s no fishing, boating, golfing, or any of those other things that a lot of people spend their disposable income on.

For me, it was all about making our home comfortable and beautiful. Since that’s all that Matt would ever see, that’s where I put my time, effort, and money. And since we weren’t doing all of those other things, I was generally happy to do it, no matter the cost (as long as it was in our budget). It paid off, because Matt LOVES our house, and I loved creating a home that made him feel comfortable and relaxed.

But now that Matt is out and about for the first time in 13 years, I’m weighing the other things that we could be spending money on against the things that we still need to spend money on at the house. A new driveway? About $20,000. The addition with the new bedroom, laundry room, and family/media room? Probably about $100,000, if not more. New deck off of the new addition, plus all of the landscaping in the front and back? I have no idea, but it won’t be cheap.

At this point, it’s not really a matter of trading off vacations with Matt for a new driveway. The fact is that right now, there’s still no way that Matt and I could go on a vacation. On days when we don’t leave the house, and he spends the afternoon sitting in his recliner, he’s exhausted and ready to go to bed so that he can stretch out and relax at around 5:00pm. On days when we do leave the house, he’s exhausted by about 3:00pm and ready to lie down in bed to relax. And once he’s in bed, he’s there for the rest of the day.

The longest he’s stayed up in his wheelchair so far on a day that we’ve gone out in the van is 4:00pm, and by the time I got him to bed, he was so exhausted and weak that it was like trying to lift and move 219 pounds of Jello. 😀 Okay, it probably wasn’t quite that bad, but it was very difficult, even with the Hoyer lift that I use to transfer him from place to place. And this heat we’re experiencing right now makes it even harder. (Matt’s M.S. makes him VERY intolerant to heat.)

So no, we’re not planning any vacations right now. As of now, our outings consist of restaurants, parks, and movies. But there is the hope that he can build up enough endurance and stamina that maybe we could take a weekend trip somewhere in the near future. It’s only been three weeks since we got the van, and Matt said he does see us eventually being able to go on a vacation. He knows his body better than anyone else, so I’ll take his word for it, and we’ll see how it goes. But when the time comes that he’s ready to take that vacation, I want to be ready!

Which brings me back to the house. And money. And the amount of money that we spend on the house. I can’t say that there aren’t times lately when I just want to stop spending money on the house. I just want to finish up the unfinished projects (master bathroom, home gym, and my studio) and leave it at that. Be done with it. Put that money towards our eventual around-the-world trip. (Joking!) But you know what I mean.

Obviously, I’m not going to do that. Obviously, we’re going to finish what we set out to do with this house. I’m just feeling kind of torn right now. I’ve done so much, and we’ve spent so much on our house already. And there’s still so much to be done. I can’t help but stop every once in a while and ask myself, “Is it worth it?”

How about those of you building new or remodeling? Do you have these moments as well?