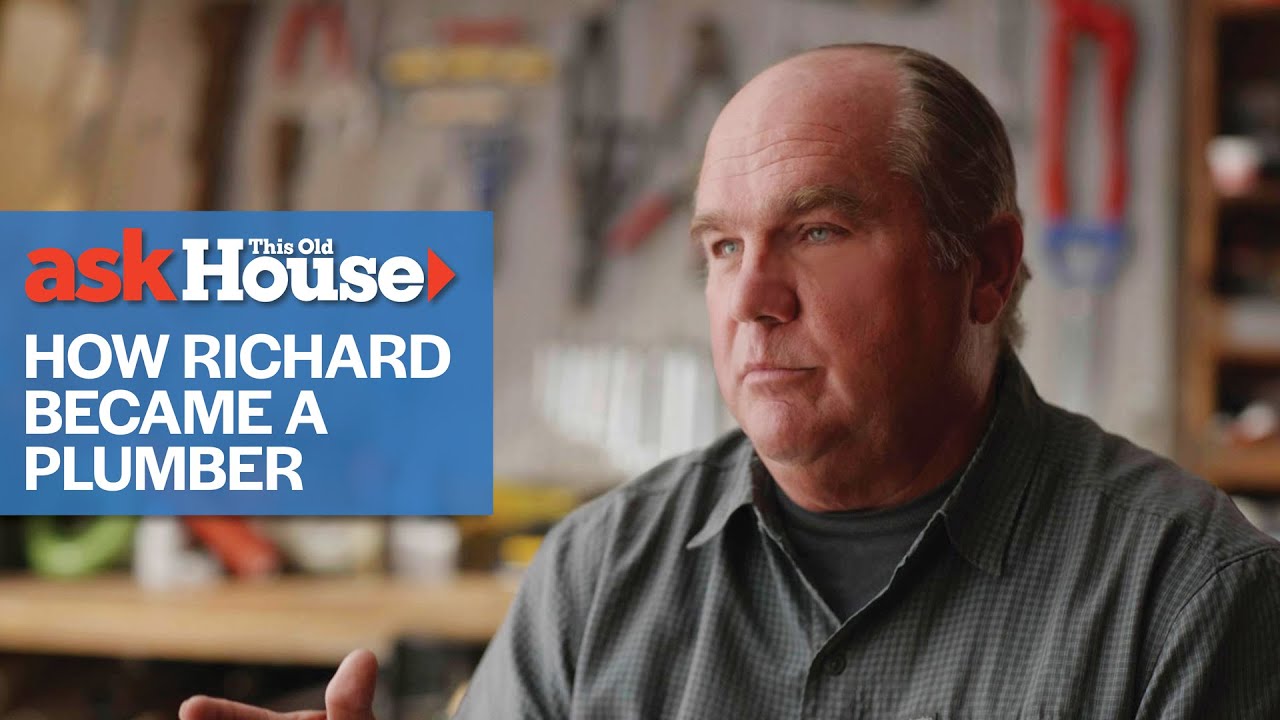 In some ways, Richard Trethewey feels that his fate as a plumber might have been predetermined from birth. Born to a 3rd generation plumber father, Richard grew up in the trade. His father owned a plumbing company in a Boston suburb known as Trethewey Bros, which Richard’s great grandfather and great uncle started in 1902. In fact, Richard was so sure that plumbing, heating, and air conditioning would be his future that in 3rd grade, Richard drew himself as a plumber.

Richard’s plumbing experience dates back further than most tradesmen. Every summer from around the age of 11 years old, Richard would go to work with his father. He would sweep the floors, cut pipe, or perform other tasks that formed his base knowledge of the trade.

Trethewey Bros was one of the largest non-union plumbing shops in the Boston area when a public television channel came calling. Explaining that they couldn’t pay them, Richard’s father still signed on to a project. When Richard asked his father why, he explained that he felt it was a way to pay it forward. But, since his father wasn’t quite comfortable on camera the first year, 22-year-old Richard stood in for him and was a natural. The rest of his This Old House career is history.

Richard loves his job, both as a plumber and a cast member on Ask This Old House. He loves the challenge of looking at a building, determining what needs to be inside that building, and then finding a way to make those components fit and work within the space. It’s all about problem-solving—something that Richard feels is one of the most important aspects of being a plumber.

Both of Richard’s sons entered the industry as well. He feels that as an industry, there is constantly evolving technology. And, it’s using the technology to ensure that someone is comfortable 24 hours a day, seven days a week, 365 days a year that really excites the Tretheweys.

Outside of his trade and business, Richard has several interests. Most viewers don’t know, but as a long-distance sailor, Richard has raced to Bermuda (600 miles) several times. He loves the engineering challenge and feels that the sport increases his horizons. Even more important to Richard are his family and grandchildren. He enjoys seeing the new generation of Tretheweys grow while also feeling the connection to his father.

Looking for more step by step guidance on how to complete projects around the house? Join This Old House Insider to stream over 1,000 episodes commercial-free: https://bit.ly/2GPiYbH

Plus, download our FREE app for full-episode streaming to your connected TV, phone or tablet: https://www.thisoldhouse.com/pages/streaming-app

How Richard Became a Plumber | Ask This Old House
https://www.youtube.com/user/thisoldhouse/